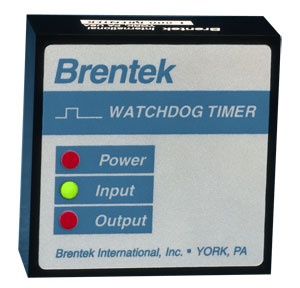 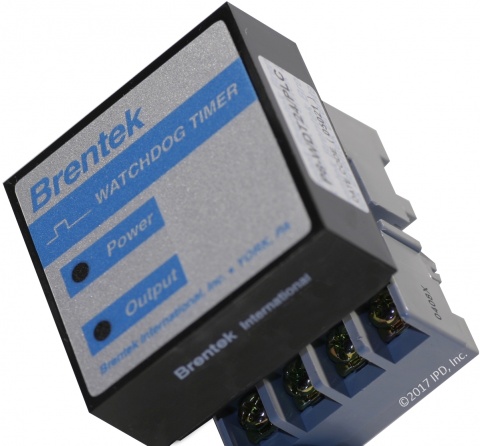 Loss of Control is caused by problems such as CPU latch-up, control system faults, wiring/cabling failure, unauthorized tampering, unanticipated software conditions, communications problems, or power failures. The system designer can use the watchdog timer's output contact to address Loss-of-Control by energizing an alarm, shutting down the system, or providing a reset signal to the CPU/controller.

The P8-WDT24/PLC Watchdog Timer's Low Profile packaging is a direct plug-in to industry standard 8-pin octal sockets, such as Brentek's DIN8 which can be either DIN rail or panel mounted.