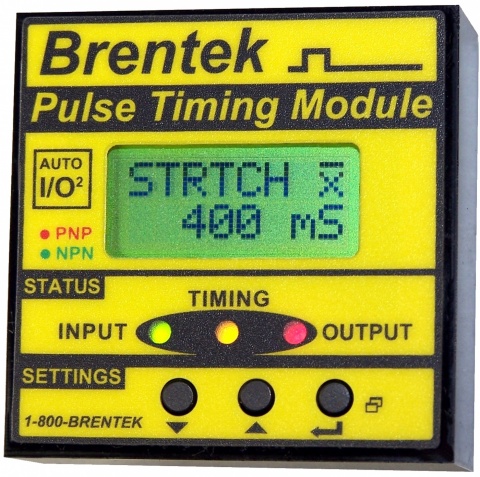 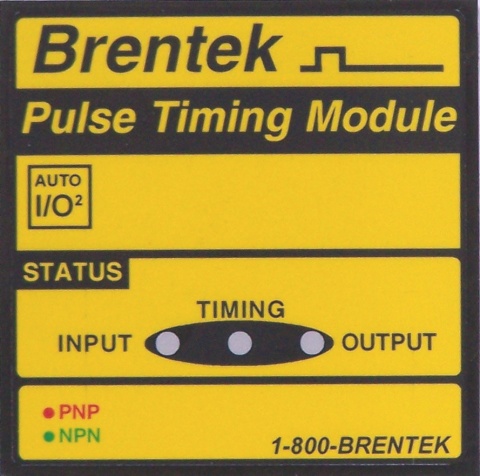 The PTM-300 Series automatically detects the polarity of the input signal (either PNP sourcing or NPN sinking) and produces an output of the same polarity through its protected SSR output. It also provides user selectable complimentary output polarity.

The model PTM-300U provides an LCD display and user controls for simple time/function configuration, as well as 'on-the-fly' timing adjustments (▲ ▼) in 1mS and 100mS steps. Configuration is stored in non-volatile memory. Real-time STATUS LEDs are provided to indicate Input and Output signal status and polarity, as well as active Timing status for display of operation at a glance.

For customers who need sophisticated pulse timing capabilities in a specific configuration that is not changeable, the model PTM-300 is a built-to-order pulse timing module with no push buttons or LCD display.  It provides both cost-savings and tamper-proofing.

The PTM-300U user-configurable pulse timing module is available on Amazon.